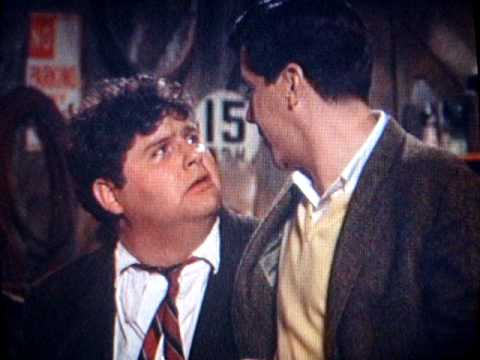 In the movie Animal House (1978) the naive pledge, Flounder, stupidly loans his car to some seniors in the fraternity and they trash it. When his car is returned in a shamble, one of the actives says, “You messed up. You trusted us.”

So how did the USA get so economically and politically linked with China? China has an abysmal human rights record. China doesn’t have a “Bill of Rights,” persecutes Christians and Muslims, has no free press, and forces women to have abortions against their will (“one child per family”). The Chinese communist ideology, together with their human rights violations, made the USA leery of China. Here’s why “Made in China” made us lose.

In the 1992 election campaign, Bill Clinton criticized President George H.W. Bush for not punishing China more for the crackdown on human rights at Tiananmen Square in 1989.  Clinton adopted the position of Congressional Democrats who criticized Bush for putting trade with China over human rights abuse.

But after Clinton won, he gave China “Most Favored Nation” status in 1993. His administration minimized tariffs on Chinese goods. In 1998, Clinton paid a nine-day visit to China. In 1999, he signed a landmark deal with China which required that China gain admission to the WTO. And you haven’t forgotten Vice-President Al Gore debating Ross Perot and telling him how great NAFTA would be, have you?

Why did the Democratic Party–supposedly the party of workers—bend over backward to make it easy for manufacturers in places like Michigan, Wisconsin, Ohio, and Pennsylvania–the “Rust Belt”—to export jobs to China and Mexico?  Because the Democratic party went corporate.

“Made in China” Has a Negative Rippling Effect During COVID-19

Clinton and Gore, the “New Democrats,” decided they wanted to take corporate cash just like Republicans. Independents like Ross Perot objected, but we were told this would be good for China and the USA. So suddenly, all of these great American jobs were systematically exported to China and Mexico and other places so the corporations could get “cheap labor,” no environmental controls, no labor laws, etc.  The corporations make a lot of money. What did Americans get out of this? Cheap stuff at Wal-Mart.

Clinton’s Treasury Secretary, Larry Summers, called the bonanza of cheap goods “the largest tax cut in the history of the world.”  One huge disadvantage to moving your manufacturing plants to faraway countries is that you are held hostage to international events like the COVID-19. What good is cheap stuff at Wal-Mart if you must wear a mask to Wal-Mart, and your grandma dies from COVID-19?  But the Clinton-Gore crew went along with what Republicans had wanted for years: letting corporations maximize their profits with cheap foreign labor.

So along comes Donald Trump running for President in 2016, and he slams Hillary Clinton and the Democrats—both parties actually— for allowing all these jobs to go to China and Mexico. He was saying what Ross Perot said in 1992 – but this time they listened because by 2006, Perot’s predictions had come true.  Trump said he would outsmart China. It struck a chord with workers who lost their great manufacturing jobs in Michigan, Pennsylvania, Wisconsin, and Ohio.   Hillary Clinton, having surrendered on key economic issues, had to rely on “identity politics.” Hillary lost those traditionally Democratic “Rust Belt” states, and thus the election.

Trump was tougher on China than other Presidents have been, and that was a good thing. But by his fourth year in office, Trump began to like and admire China’s communist leader, Xi Jinping. In January 2020, Trump gushed about how much he trusted Jinping.  Trump memorably said: “We love each other.”  And for whatever reason, from January 1, 2020, until mid-March 2020, Trump effusively praised China’s efforts to contain the COVID-19 virus. Trump and Pompeo fell all over themselves to tell what a wonderful job China was doing to contain the virus.  Pompeo even sent them emergency medical supplies.

A Trump figure was sure to come along and say: “Hey, these professional politicians on both sides sold you out, Michigan, Ohio, Wisconsin, and Pennsylvania. They exported your manufacturing jobs! What do you have to lose by voting for me?” That’s how Trump won.  But the weird thing is, when it counted the most, Trump took China’s word for it that the COVID-19 was “no big deal.”

We used to manufacture our own stuff and sell it to ourselves.  Now we let China and Mexico make our stuff and they sell it back to us. And now it backfired.

The Chinese people are a fabulous lot in a spectacular country.  But the Chinese communist leaders really put the USA in a big fix with this pandemic.  Like Flounder in Animal House, we messed up. We trusted them. Or maybe the best way to say it is, we underestimated them. Many ancient civilizations are just more patient, and more intrepid in dealing with Westerners.  We think about the next few years, while they often think about the next generation.

As Rudyard Kipling wrote, “And the end of the fight is a tombstone white with the name of the late deceased.”

And the epitaph drear:  “A fool lies here who tried to hustle the East.”